Danish aroma company strengthens its board: Our goal is to become the next major global player in the flavours and fragrances market

The Danish aroma company EvodiaBio adds three new members to its supervisory board. The goal is to strengthen the company to take a key global position in the development of natural aromas to the food industry.

In February the biotech company EvodiaBio announced that they have cracked the code to brewing flavourful non-alcoholic beer. The company is speeding up its efforts, and the goal is to become a major global player in the field of innovative aroma development to the food industry. To reach this ambitious goal, three new members have joined the supervisory board.

The new board members are: Flemming Besenbacher, former chairman of Carlsberg and the Carlsberg Foundation, a top 3 brewery. Andreas Fibig, former Chairman & CEO of IFF, a global leader in value-added ingredients for food and beverages and Anne Cabotin, Senior Vice President Consumer Fragrance Business at Symrise, a major producer of flavours, fragrances functional and cosmetic ingredients. In addition, Jens Nielsen, CEO of the BioInnovation Institute (BII) and an accomplished researcher, joins the board as observer representing BII.

Jarne Elleholm, co-founder and chairman of the board at EvodiaBio, sees the new board as the key to reaching their ambitious goals for the future.

“This is a landmark strengthening of our company and sets the scene for the years to come. All three new supervisory board members each come with industry insights and experience that will help transform EvodiaBio into becoming the next global player in the production of natural aromas”, says Jarne Elleholm and continues:

“This is no less than our “Dream Team” and we are humbled and grateful that they have agreed to join our journey towards becoming a player in the sustainable aroma industry of the future.”

The new board members:

Flemming Besenbacher is the former Chairman of Carlsberg and the Carlsberg Foundation, and not only a well-recognized and respected leader in Denmark and worldwide within the beer industry, but also an international highly recognized nano-scientist with more than 750 publications in international peer reviewed journals. With the addition of Flemming, we will be able to benefit from his experience and network in the beer industry to optimize and accelerate the commercial introduction of Yops™ and thereby translating our science to the market.

“Having worked for years with both science and commerce I am pleased to join the EvodiaBio board to support the commercialization of their scientific breakthrough in the production of aromas in yeast cells.” says Flemming Besenbacher.

Andreas Fibig, stepped down from the role of Chairman and CEO of IFF – International Flavors & Fragrances, in March of this year and we are extremely pleased that he now has accepted to join the EvodiaBio supervisory board.

“I am looking forward to working with the EvodiaBio team on their journey to make an impact in the aroma space. Working with entrepreneurs is a great way of giving something back after my many years in large corporations”, says Andreas Fibig.

Anne Cabotin, Senior Vice President Symrise, not only comes with great knowledge of the aroma and fragrance industries but also brings global accounts and ESG experience and will, therefore, not only support EvodiaBio on making future strategic choices, but will also help guide the sustainability journey ahead.

Anne Cabotin comments: “EvodiaBio has developed a breakthrough sustainable aroma technology platform and I am excited to support the team on the strategic road and commercialization outside of the beer industry. The aroma- and fragrance industry is in need of a more sustainable way of producing aromas, and I am looking forward to seeing this realized with EvodiaBio”.

Finally, the BioInnovation Institute, which has supported EvodiaBio from the outset, will be represented by CEO and Adjunct Professor at the Technical University of Denmark Jens Nielsen. Jens has a long and very impressive scientific carrier with more than 850 publications in peer review journals and is one of the world’s leading experts in yeast fermentation, including the molecules that form the basis for Yops™.

About EvodiaBio:
EvodiaBio ApS is a bioindustrial company reinventing the production of natural aromas for a more sustainable world starting by making non-alcoholic beer (NAB) taste great in a sustainable and environmentally positive way.

Through a patent protected yeast fermentation process, the company has developed an efficient method to produce the aromas so often lost while making non-alcoholic beer. EvodiaBio aromas will enable the beer brewer to create the fullness of taste and bitterness desired, in a consistent and sustainable way. 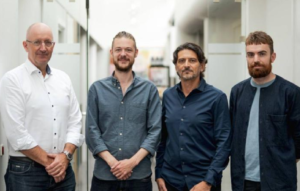